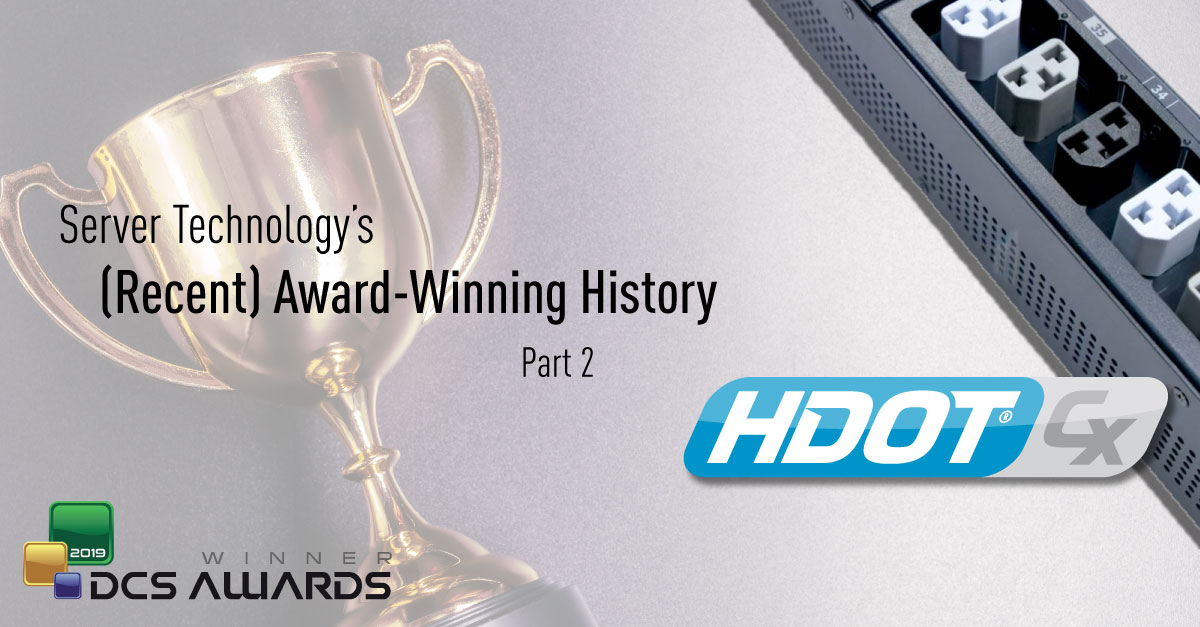 In our previous post, we talked about a number of Rack PDU product awards that Servertech has had the honor to receive, from the recognition of the HDOT outlet to the new HDOT Cx.  While winning awards for products is both an honor and a point of pride, there is another category of awards that we may be ever-so-slightly prouder to earn.  They are the ones that we receive because of the strength of our company and the people behind it.

I know, this may sound a little people-centric for Server Technology, a company best known for innovative rack mount PDUs and the service with which they are delivered.  The reality is that none of the product awards would be presented without the effort of the people who bring power to the rack.  From engineering and production to sales and marketing, there are hundreds of people behind the innovations, the manufacturing, and the customer service that make our products the award-winning collection that they are.

And while that is a plug for the people behind the product awards, it is also an introduction to the company and workplace awards that make us so proud.

First, Server Technology recognizes that as a corporate citizen of Reno, Nevada, it has responsibilities to the region.  The Economic development authority has awarded several honors to Servertech over the last five years.  In 2015 we were named Company of the Year, a recognition given to the company that stands out as a “shining star” based on industry leadership and overall contribution to the region.  The following year, we earned the Manufacturing Excellence Award, which is given to companies who demonstrate excellence in several areas.   The winner must have revenue growth, sustained market share, customer satisfaction ratings, industry awards or recognition, documented process improvement, expansion into new markets, capital investment in new equipment, or launched a new product line in the past year.  In 2016, we checked all of those boxes.  Then, in 2017, we were awarded our greatest honor yet: the Corporate Citizen Award, presented for making significant contributions in money, employee volunteer hours, or other donations to charitable organizations in the region.

Keep in mind that we are neighbors with companies such as Patagonia, Chewy.com., and Charter Communications.

Second, Server Technology recognizes that as an employer of people in the Northern Nevada region and across the world, our most important responsibility is to support the people who work for us, and for whom we work. Since 2012 when the award originated, Server Technology has been chosen the Best Place to Work in Northern Nevada by Quantum Workplace, which conducts employee surveys nationally. Our track record over the last 6 years is nearly perfect:  we have been awarded the Best Place to Work award for our region 5 times in that time span.

Finally, why all of the focus on product, company, and workplace awards?  Because they are proof positive of the work that we do for you, our customer.  They are another reason that you can believe it when we say that with Server Technology, customers will Stay Powered, Be Supported, and Get Ahead.  It is our mission, and one that is backed by an award-winning organization devoted to you.

The Role of Environmental Monitoring in Hyperscale Data Centers