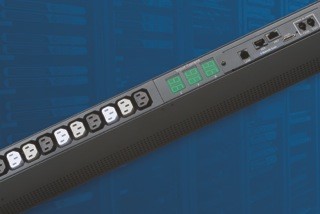 The standard power distribution unit (PDU) being used in most data centers today has eight power outlets and a basic on/off switch. It’s bulky and difficult to attach to a rack, so it typically rests on the ground. Further, there is no way of measuring how much power is flowing in and out of the unit at any given time. In truth, this traditional PDU is a 20th-century technology that should not be used to provide power to sensitive 21st-century data center equipment.
In comparison, consider the features of Server Technology’s High Density Outlet Technology (HDOT): It has up to 42 C13 outlets in a 1U device. It’s sleek in design, and can easily attach to the side of a rack while taking up less space than a traditional PDU. And it’s capable of providing smart and metered power usage information in real time, too.
Providing the highest possible outlet density available amongst network-connected PDUs on the market, HDOT is the most advanced technology in which you can invest to provide power to your highly dense, overcrowded cabinets. Adding to its sleek design is its high native cord retention feature. HDOT is tough, too; it comes with a UL94 V-0 flame rating, which means it can withstand extreme data center temperatures; if an air conditioning unit or heating device breaks, your sensitive equipment will stay up and running.

Here at Server Technology, you can custom-design your preferred PDU, too. So, instead of buying a generic “one size fits all” unit, you can design a unit that aligns with your specific spatial and power-related needs.
It’s no wonder that Server Technology’s HDOT received a 2014 infoTech Spotlight Data Center Excellence Award for High-Density Outlet Technology from TMC.
Your All-In-1 PDU Solution - HDOT Switched