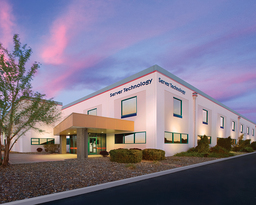 April 2, 2015 – Reno, NV – The United States District Court for the District of Nevada ruled in favor of Server Technology Incorporated and awarded a post-judgment compulsory license of 15%, supplemental damages, and prejudgment interest against the defendant American Power Conversion Corporation (“APC”), a division of Schneider Electric of France (Euronext: SU).  The Court ordered APC to pay Server Technology a 15% royalty on future sales of its infringing AP7900 series and AP8900 series vertical, switched power distribution units (PDUs).
This order of the Court follows the May 29, 2014 jury verdict that awarded Server Technology damages totaling $10,787,634 for patent infringement by American Power Conversion Corporation for pre-trial sales of infringing products by APC.
The litigation was brought by Server Technology against APC in December 2006 for patent infringement of US Patent No. 7,043,543 (Vertical-Mount Electrical Power Distribution Plugstrip).  Subsequently, US Patent No. 7,702,771 (Electrical Power Distribution Device Having A Current Display) was added to the litigation. Both patents were found to be valid and infringed by APC’s products.

Server Technology, based in Reno, Nevada, has 175 employees throughout the United States, the United Kingdom, the European continent, and Hong Kong.  The Company has a patent portfolio of 48 issued patents with 54 patents pending in the area of power distribution management.  The Company has more than 300 channel partner distributors, and its customers include Fortune 500 companies and key data center companies throughout the world.

Server Technology was represented at trial by the firm of Holland & Hart led by Jim Hartley, Esq.