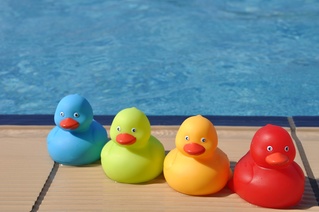 Pardon the pun, but the origin of the phrase, “getting your ducks in a row,” is a little, well, fuzzy. It’s not clear whether the term comes from hunting, sports, or - most likely - the practice of mother ducks encouraging their babies to line up in a row before heading to the pond. Either way, having one’s proverbial ducks in a row is nearly always a good idea before undertaking a sizable project. Take, for example, capacity planning in a new build. That’s one situation where you don’t want to jump in headfirst without a solid plan.

When planning for either a retrofit or a new build, it’s important to follow several key steps, which we’ve previously discussed. As a refresher, these steps include understanding your power, infrastructure, cooling, and space requirements. While fully reviewing your company’s strategy, IT priorities, your historic power usage, and your build or buy options. If you conclude a new build is a way to go, there are several next steps to take, including:

Other factors include, understanding industry-specific regulations in your state and county, knowing your rack density and optimization requirements, having a good grasp on power utility prices around the world, and understanding cooling requirements. Delve deeper into the topic of capacity planning in both new builds and retrofits in the DCD whitepaper, “The Practical Science of Data Center Capacity Planning” on the all-new ServerTech.com.