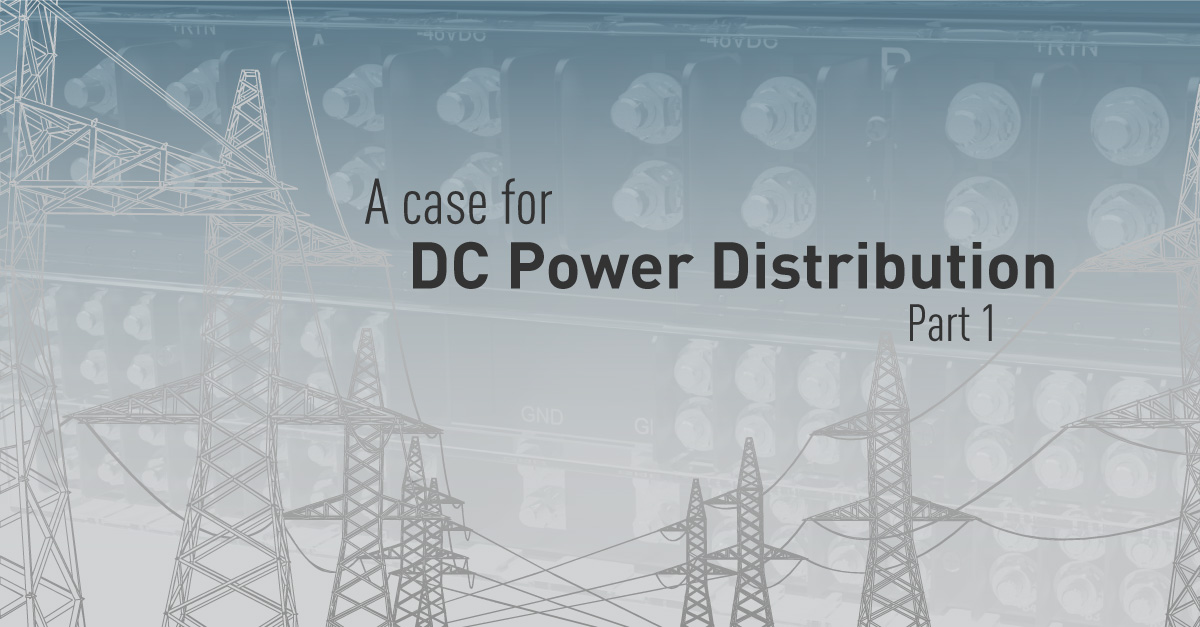 While we touched on the topic in this 2017 blog, we wanted to spend a little more time exploring the concept of DC (or direct current) power distribution in the data center.  For years, it has been an esoteric blip on the radar of critical power distribution, hovering just outside the realm of ‘interested, just not today.’  We would like to revisit the topic because a strange thing has been happening—quietly, mind you--over the last couple of years:  designers and large data center operators are actually starting to implement solutions that utilize DC power.

The challenge with DC power is a David and Goliath struggle over one hundred years in the making.  We think that 2019 might be the year that DC power distribution becomes less a theoretical discussion and more a viable alternative for the data center, despite the odds.  Let’s recap the issue.

To start, the advantage to disadvantage ratio for DC power is something like a jillion to one. The fundamental reality of our powered existence is that AC (or alternating current) won the ‘war of the currents’ lo those many years ago.  From the moment that electricity was commercialized, alternating current has been the way that power has been produced and distributed.  It’s what we’ve got to work with, thanks to Mr. Tesla.

The other fundamental reality – let’s call this the one of our modern computing existence--is that ultimately all of the devices we house in our data centers run on DC.  Had Edison had the foresight to invent the blade server in the late 1880’s when he argued for DC power, what a different world we would live in!  But as it stands, data centers are stuck with the ritual of converting AC to DC, DC to AC, and then from AC back to DC again.

At issue is that all of this juggling of electrons isn’t the stuff of model energy stewardship.  Starting with the process of transforming AC power to lower and more usable voltages within the facility, it is a case study in inefficiency.  In fact, transformers are marketed using a funny relative scale; they claim simply to be less inefficient than their competitors.  Bravo!  So, after transforming the AC power, each power conversion within the facility--either through UPS equipment, some PDUs, and at the rack--generates waste heat, and it is that waste heat that completes the trifecta.  Waste at transformation, waste at conversion, and then waste in the form of additional energy needed to cool the heat that results from the energy you wasted in the first place.

Now you know why I’ve always chuckled at the phrase, ‘green data center.’

It also gets to the answer to the question, why all of the hand-wringing for all of these years about DC power?  I think that it is because, in all of our computing hearts, we know that it is the right way to go.  A quick look at the telecommunication industry provides the first clue:  they have been powering their equipment with 48v DC power plants since the days of Alexander Graham Bell.