What is a Vertical PDU? Defined. 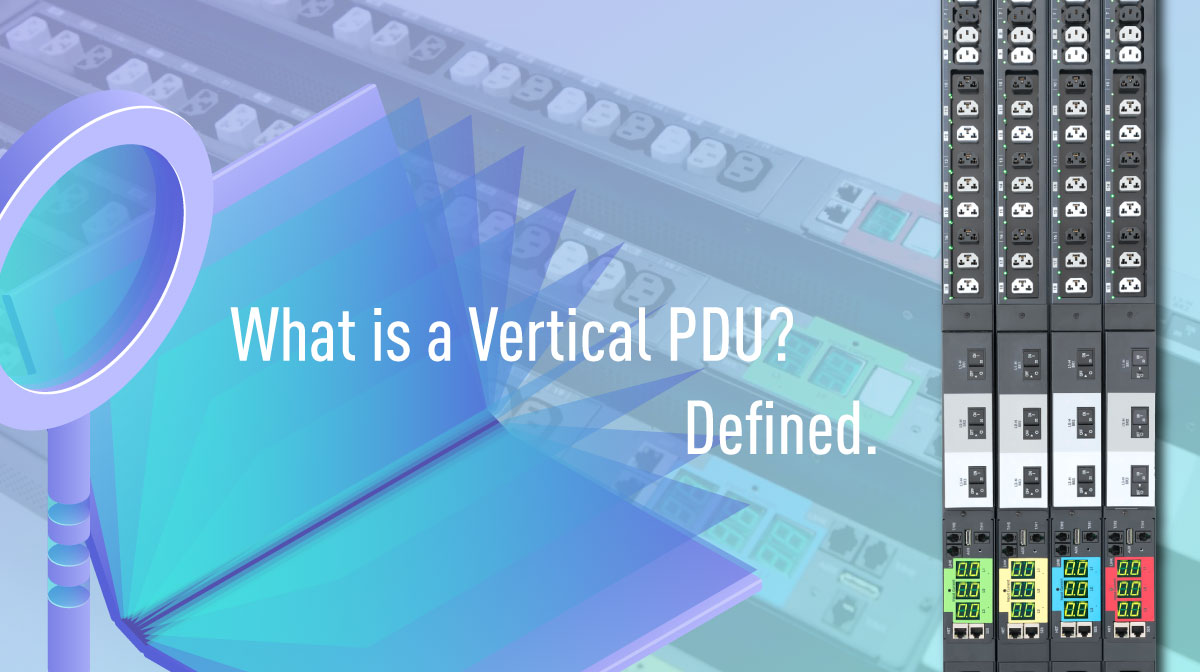 There are times when the noblest intentions of man are compounded by the simplicity of their aim.  Take, for example, the notion of peace.  It’s simple, desirable, and almost universally understood.  Yet it is a topic that has filled the pages of novels, legal documents, and philosophical treatises over the millennia.  While we would not suggest that any topic related to the subject of rack mount power distribution could necessarily reach such great heights, it is an appropriate introduction to a question that has, on the surface, a deceptively simple answer.  So, what is a vertical PDU?

In the spirit of trying to get to that answer, a brief introduction to terms.  While largely used as an adjective to describe geometry, as in vertical axis or vertical plane, there is a usage that describes a hierarchy or ascension to a higher point, as in vertical movement.  It is also a term that can be understood by its perpendicular relationship to the word horizontal.  We would suggest that when it comes to rack mount PDUs, the term ‘Vertical PDU’ can be understood three ways.

Choosing your axis: Way back when, at the beginning of Rack Mount PDU history, most of the original forms of power distribution were horizontal.  These were devices that were designed to provide outlets through which you could access the clean power supplied by those clunky UPS units mounted in the bottom of your rack.  It quickly became apparent that 1 or 2U worth of outlets could not support more modern IT architectures, and designers quickly switched vertices and aligned themselves in an upright fashion.  This was the beginning of the vertical PDU: more outlets along the vertical plane, mounted at the back of the rack, requiring zero U.

Vertical movement: While the description above has become nearly ubiquitous in today’s data centers, they were not always the de facto standard for distribution.  Moving to the vertical axis – and getting rid of the clunky rack-mount UPS unit, thank you – marked a turning point in the evolution of rack PDU.  Finally, power distribution was upright, a move that (ahem) upended the industry.  It paved the way for more outlets per rack and, eventually, to high density solutions such as Server Technology’s HDOT, and the next step forward, the HDOT Cx. Talk about vertical movement.

Not horizontal:  There has been no more conservative statement in the annals of this blog than the following:  vertical PDUs are not horizontal.  Easy to say, but what that simple statement really means is that vertical PDUs solved some inherent issues that came with using up rack space for power distribution.  Not only did the vertical PDU afford more outlets, it also freed up space at the back of the rack so that deeper equipment could be mounted.  That meant power distribution was no longer a hindrance to the exhaust heat that ever-denser IT equipment was expelling.

None of this is to say the Server Technology is pro-vertical, or anti-horizontal.  In fact, here is really great blog about the role that horizontal PDUs continue to play in the market today.  But if you really want to know what a vertical PDU can do for you, check out Server Technology’s BYOPDU tool.  While it may not be the winning gambit for peace in our time, we think it could help you reach great heights.

The Evolution of 3 Phase PDUs