The Evolution of 3 Phase PDUs 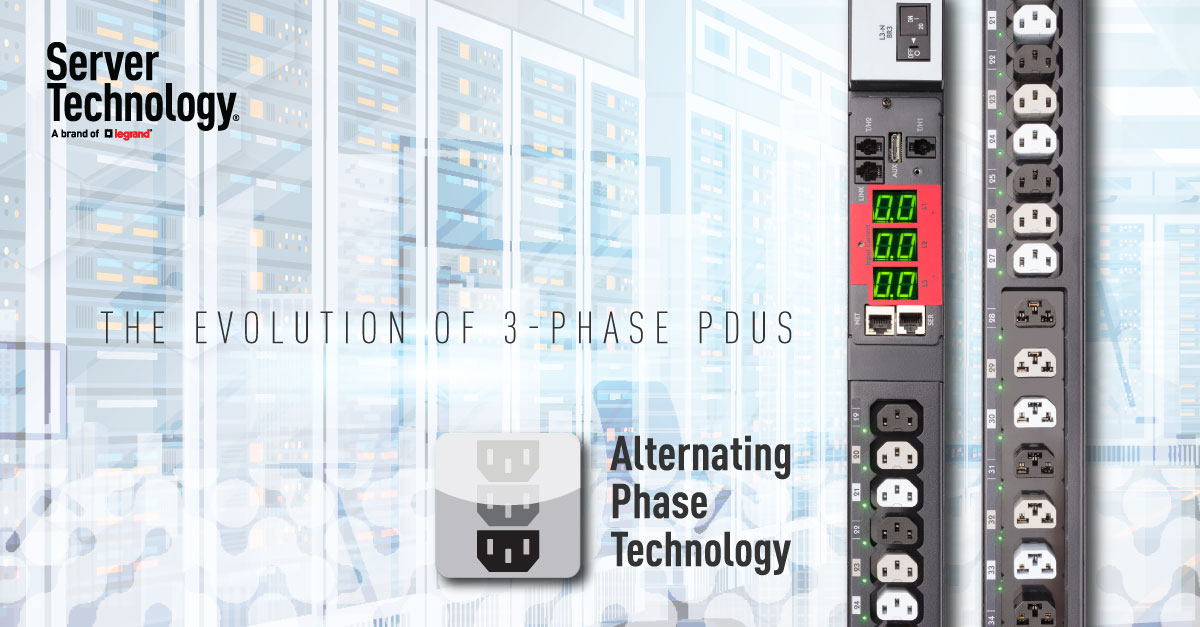 To get some insight into the world of 3 phase PDUs, we turned to our in-house expert, Calvin Nicholson, Senior Director of Power Product Management.  Below are excerpts from an interview with Calvin about three-phase power to the rack, and the advent of 3 phase PDUs.

AP:  Hey Calvin, thanks for your time today.  We wanted to start a conversation about three-phase data center power, and about 3 phase PDUs in particular.  When you think of three phase, what do you think of?

CN:  Yeah, no problem, thanks Annie. I guess when I think about three phase, I think about what a big evolution it has been for the data center industry. In fact, it is funny to think about in retrospect, but I will say that our first products didn’t even conceive of this reality, but it is the one that we are living with today.  And I say evolution, because it has taken place over a long period of time.

CN:  Yeah, good question.  It has really been at least twenty years, which is now a considerable part of the overall history of data centers.  But density and the need for more power started to, you know, become a thing in the 90’s and then peaked in 2007. That was the year that the US Congress got involved and asked the EPA to issue a report about data center power consumption.  It was a big moment for the industry.  And even though some of the predictions never came true, the issues around power consumption in the US have.  The big byproduct of this whole era was three-phase power to the rack.

AP:  Where does Server Technology come in?

CN: (chuckles) I thought you might want to go there.  So, we were one of the first in the industry to develop a 3 phase PDU, and the first to handle the issue of providing more outlets, and managing them better.  One of the issues with three phase is the amount of power you are dealing with, but that is an easy problem to solve.  The real trick is the phases themselves.  We created a new kind of outlet, and internal distribution method, that allowed us to alternate the phases.  Before that, all of the outlets in the PDU would be grouped by phase.”

AP:  When you are in the data center, what does that mean to you?

CN:  You get short, clean cable runs.  In other words, the power cord from a server at the top [of the rack] doesn’t have to get stretched to the bottom to find an outlet to balance the phases.  It is better for any maintenance or move, add, and change work, and it helps with airflow too.

AP:  Got it.  So where do you think all of this is heading?  Three phase to the rack, I mean.

CN:  Keep in mind that three-phase PDUs deliver almost twice as much power as single phase units – 1.7 times as much to be exact – so the box where we need to deliver more power has been checked.  What we see now is that people are thinking more about improving efficiency.  Servers are more efficient operating with 208V, so that is driving higher voltages with attempts at making fewer step downs.  We have customers making 4, 5, 6% improvements, which is a big deal when you are logging millions of kilowatt hours.  We have also seen a small push for 400V three phase.  It is definitely grass roots right now, but it’s picking up steam.”

AP:  That’s interesting, Calvin.  Unfortunately, our time is up.  Thanks for talking, it’s been a pleasure.

CN:  Thanks Annie.  Good talking to you, too.

Take a new look at 3-phase power distribution: watch the video and view the executive summary

How to Select, Manage, and Measure 3 Phase PDUs