So, What Is an Intelligent PDU? 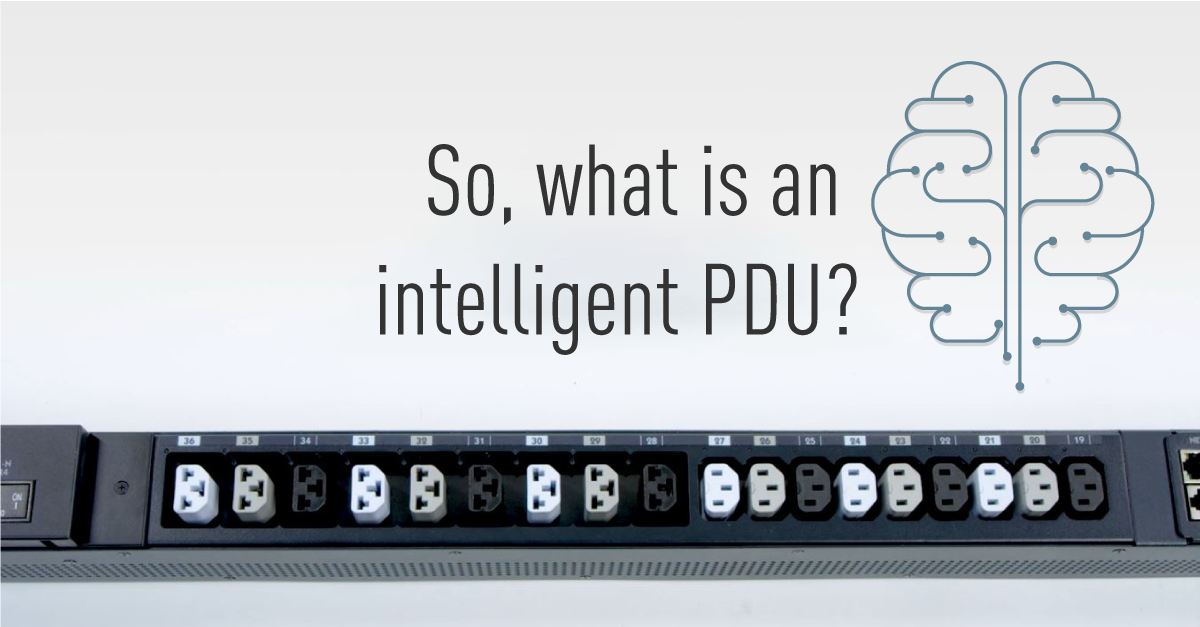 The term ‘intelligent PDU’ has become so ubiquitous, the definition is no longer clear.  Not surprising, “What is an intelligent PDU?” is one of the most common questions we get from our readers.  Terms like ‘network power strip’ and ‘IP power strip’ get bandied about, but they somehow fail to capture the essence of choosing and using an intelligent unit.

We thought we would take a moment to clear the air about the term, and in doing so, we hope to set the record straight about this class of rack power strips.  It is important to think of them as a category or family, if you will, rather than a specific kind of PDU.

In the beginning, there were only basic PDUs. They were power in, power out workaday distribution devices.  Then, data center monitoring systems began to proliferate.  We then developed a basic unit with a network connection and Voila!  A star was born. The first intelligent PDUs served up information from the unit and, later, controlled the unit itself.  It created a new class of rack PDUs with one thing in common: their ability to connect to the data center’s IT network.  This simple premise opened a world of possibility to data center managers and created a new category of rack PDU.

Across the spectrum of manufacturers, an intelligent PDU will have the following two important features:

1)  It will provide feedback about the operation of the unit:  these rack power strips provide metering of the input and output power at the unit.  The power data is typically displayed at the unit and at a central device via network connections.  Some units provide this connection via ethernet, others opt for wireless network or Bluetooth connections.  Most manufacturers provide software to manage their units, as well as integration into DCIM software packages.

2)  It will provide remote control of the operation of the unit:  sometimes referred to as a ‘switched’ PDU, these units also provide features that allow you to turn power on and off to individual receptacles at the unit.  This control feature is enabled through a network connection to each individual power distribution unit as described above.  The network connection allows the data center manager to enable or disable outlets from a remote location, either within the facility or at another location.

When considering an intelligent PDU, these are the recognized key benefits:

1)  Increased control at the rack

Which brings us to the answer to the original question, ‘what is an intelligent PDU?’  When considering the short feature set and the numerous benefits, choosing Switched or Smart PDU is, well, an intelligent decision about data center power.

Then, What is a Switched PDU?