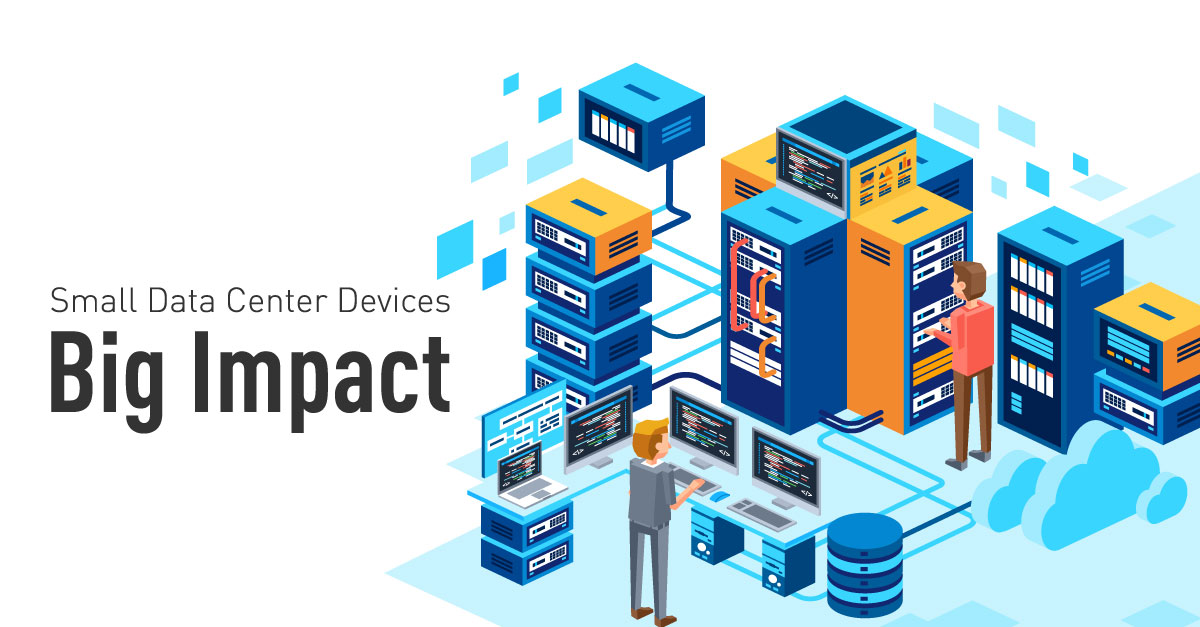 The Quest for the Best

At the dawn of the first data center, facilities and IT managers have strived for more productive floor space. Over the last decade, considerable achievements have been realized with the advent of virtualization, multifunction hardware and more innovative energy distribution sources.

Today, the trend towards “smaller is better,” still echoes down the server rack corridors, but the verbal ripples are followed by a voice of reason asking, “Is it going to simplify a process or save money?”

The benefits of compressing a big impact into a small IT device or process are now carefully followed by other stakeholders in the business.

Naturally, the finance department and DevOps is involved, but so too are sales, marketing, and HR departments. These stakeholders are all striving for a competitive advantage vis-a-vis productivity-enhancing applications that require deeper levels of data mining.

The quest for the best mix of small technology innovations has given rise to micro-servers, all-flash solutions, microgrids, and even smart rack-mounted PDUs. Now more than ever, those in charge of data center operations have a seemingly endless list of compact options to keep that workload processing.

In an attempt to distill the list of options, here are several spotlighted innovations that have decreased in size but increased in value to data center operations.

Not every computing task has to be accomplished by an expensive, multi-core processor. Some large-number tasks need relatively little compute power to be carried out and micro-servers are perfect for these jobs.

Micro-servers (sometimes referred to as appliance servers) are really a small form-factor system on a chip. Like plastic injections, these servers can be molded for specific tasks, but only those that require limited, individual compute power. Think along the lines of Apache Hadoop, the open-source software framework that does large-scale processing of data-sets on clusters of commodity hardware.

Low in power consumption, these servers are often embraced by small and medium-sized enterprises and make a perfect substitute for high-end servers. Small by comparison but powerful in numbers, micro-servers can be easily clustered and maintained by a limited IT staff.

In addition, due to their small form factor, these tiny servers need less cooling when compared to their more robust counterparts and because of their clustering abilities, they save physical data center space. The ability for micro-servers to be tailored to specific tasks will enable them to continually grow in popularity as they take on more Software-as-a-Service (SaaS) applications.

Legacy spinning disks are winding down to make way for more efficient all-flash storage array options. Just like the micro-server, the all-flash option brings power and cooling savings but also takes it one step further by decreasing rack-space consumption.

Gartner predicted that by 2021, 50% of data centers will use solid state arrays (SSAs) for high-performance computing and big data workloads—up from less than 10% today.

Organizations interviewed by Gartner who replaced their legacy disk storage with an all-flash option reported power and cooling savings of $74,231 over three years, assuming cost per kWh for power of $0.14 and cost per kWh for cooling of $0.10.

No longer is all-flash storage the expensive option, many improvements and efficiencies have caused the prices to drop. Now they are within the budget of many companies that “feel the need for speed.”

This option enables IT to take advantage of flash’s high-performance levels and still benefit from HDDs’ predictability. In addition, by combining the speed of flash with the capacity of HDDs, IT departments can still get all that large storage, yet overcome the slower hard drive performance with SSD speeds—and still reap all the aforementioned all-flash benefits.

Even the energy grid is getting smaller to benefit data centers. Microgrids are freestanding grids that can—at an instant—separate from its parent grid to support facilities in the event of a blackout. This instant or switched separation allows microgrids to provide temporary backup power.

GMT Research says there are 1,900 basic and advanced, operational and planned microgrids in the U.S, with the market expected to grow quickly.

The research company says that a key driver of recent U.S. microgrid growth can be attributed to a multi-stakeholder ownership model, and that this model can significantly reduce the capex and O&M burden on end customers.

Also, according to GMT more than two-thirds of present-day microgrids are owned by end customers and the military is the current and expected leader accounting for 32% of expected annual capacity in 2020.

Many of these smaller form-factor data center innovations carry the same traits. Like the all-flash innovation, microgrids can be clustered, a single grid can contain dozens or even hundreds of networked microgrids. Think of this cluster as a modular design, with multiple semi-autonomous nodes operating in parallel, bringing more efficiency with smaller points of failure.

Many of the smallest innovations that bring the largest benefits to data centers reside within the rack—and today’s intelligent Power Distribution Units (PDUs) are no exception.

Rack-mount PDUs a.k.a. Server rack power strips have now evolved to become a sophisticated means of power distribution to help control costs and improve operational efficiencies, all while allowing for greater capacity planning and better utilization of the overall electrical systems.

Unlike traditional PDUs that cause IT managers to often replace them when new servers are installed, there are now 3-Phase rack-mount PDUs available that offer a hybrid outlet that can function as either a C13 or C19 outlet. This miniature innovation allows managers to plug either a C20 or C14 into the same exact spot on the PDU to conform to any server power combination needed.

All devices that plug into a data center need to have two characteristics: intelligence and power saving abilities, and today’s PDUs are no exception.

Small in stature but large in options, the new PDUs can meter the power input and output at the unit, leverage DCIM software packages to receive and manage alerts, turn power on and off to the individual receptacles and groups as well as offer predictive trending of rack-based environmental data.

Natural Evolution of the Data Center

Big things can really come in small packages. Data center buildings may continue to grow in size, but the devices that power workloads inside those building are getting smaller and in some cases, becoming completely virtual. From the Enica to the smartwatch, our technical innovations are shrinking however, the efficiency, optimization and performance are not.

Now there are many small data center devices that can have a large operational impact. These options represent the natural progression of data processing or energy delivery adapted for a more demanding environment. Adaptation is the Galapagos Island approach to our data center workload needs.

There will always be a natural evolution of efficiencies for the devices that support data centers—in whatever form they take. They will continue to morph into a smaller version that brings more benefits within their environment. So, keep looking for those small data center innovations that will bring the next big performance or optimization impact.

If you are interested in learning about the best rack PDU solution for your data center, head to our rack PDU buying guide here.

How has AI changed data centers?