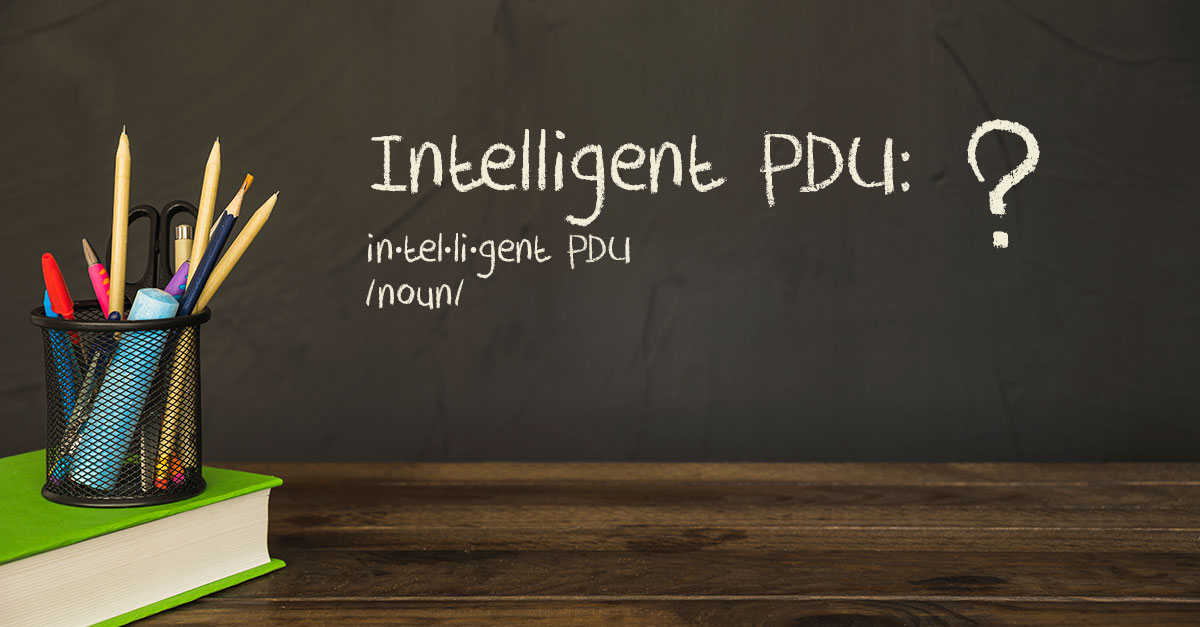 With all of the talk in the industry about ‘intelligent PDUs,’ sometimes referred to as Network PDUs or IP power strips, this blog will seek to provide some basic information to help the reader understand what exactly they are.

First, it is important to understand the class of devices we are discussing. A rack PDU or power strip is an electrical device, usually vertically oriented, that distributes power to multiple computer devices via multiple outlets situated in a narrow metal casing. Power is fed to the device via an input plug, which is wired to multiple receptacles, allowing it to power multiple devices. It is similar in concept to the power strips commonly used in homes, except it is approximately 6 feet in length and provides different types of power through multiple receptacle types.

The primary purpose of a rack PDU is to distribute power to IT hardware housed in equipment racks. As the operation of the facilities built to house computing equipment became more sophisticated, the demands on the power strip increased. First, rack PDUs became more sophisticated in terms of the amount of power that they could distribute. Three-phase rack PDUs were developed that provided a variety of power configurations and capacities.

Second, rack PDUs were built with monitoring capabilities, which focused on the collection of rack power quality data at the power strip. These capabilities were followed by power control features, which created a new class of power distribution devices within the data center environment. The power data that was now being collected at the rack was aggregated and then consolidated over a network connection and then presented via monitoring software.

Rack PDUs that are considered ‘intelligent PDUs’ or ‘network PDUs’ have these characteristics:

1) Metering of the input and output power at the unit including power usage, quality, and capacity

2) Network connection either via ethernet or Bluetooth

4) The ability to receive and manage alerts from the PDUs, with data integration features to building automation DCIM software packages

5) The ability to turn the power on and off, both to individual receptacles and groups of receptacles, at the unit remotely.

With the intelligence that they are able to provide about the power within the rack, they offer the following improvements over traditional rack PDUs:

In summary, intelligent PDUs combine power distribution, power control, and data collection within a single unit. They supply more power to more devices while providing key information. In the second blog in this series, we will focus on how intelligent PDUs support data center environmental monitoring.