How Would Data Center Power Fare If It Faced An Unplanned Power Outage? 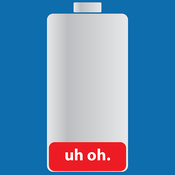 Google recently learned the hard way about what can happen when Mother Nature strikes near your data center.

Their facility was impacted when a series of four lighting strikes hit the power grid which connects to its Belgium-based data center. The strike caused the building to experience unexpected power loss, thus causing its backup power supply to kick in.

The good news for Google was that most of its data survived the outage thanks to the backup power supply. There were, however, some complications pertaining to data that was being stored on devices that had experienced heavy battery drain. Some data was therefore not able to be recovered.

It’s an important reminder that even if your facility is equipped with a generator capable of powering your facility in the event of an outage, issues such as low battery life could cause irreversible damage.

So don’t take this risk!

Instead, invest in a data center power distribution and monitoring system which will ensure that all devices connected to your network are fully charged and fully operational. With a solution like Server Technology’s all-in-one data center power monitoring software, you will be able to keep a close watch on devices that are being over-used and are in danger of experiencing power failure.

Further, using the metrics supplied by the power monitoring system you will have the necessary data to justify potentially costly, but necessary, upgrades. With the data gleaned from your network, there will be no disputing the importance of spending money to maintain network uptime.

Why Denser Data Centers Are Growing In Popularity