The Benefits of a Server Tech -48VDC PDU 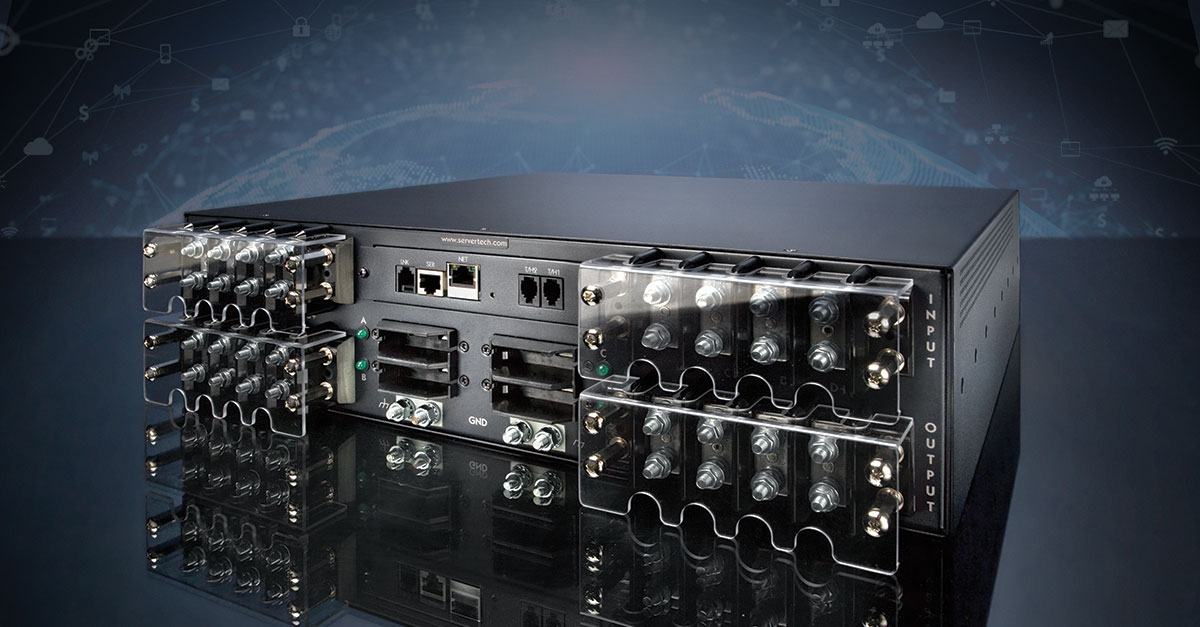 While Thomas Edison’s loss in the Battle of the Currents determined the alternating current world in which we live, his legacy does live on in the power distribution world.  Direct current, or DC, power has proven useful in a multitude of situations.  It has found its way into automobiles, wind turbines, and submarines as well as cell phones, flashlights, and pretty much everything that uses a battery.

In the mission-critical world, it has been the de facto standard for telecommunications facilities for over one hundred years.  In fact, it would be safe to say that the term ‘direct current’ predates ‘data center,’ ‘mission critical,’ and ‘downtime.’  After all, you need to harness the power first. Everything needs power, even the direct current variety.

Let’s talk about Server Technology’s family of -48VDC PDUs. These power distribution units are designed to support equipment that feeds on direct current, whether it is a data center deployment utilizing Cisco or Juniper devices, or a telecommunications application such as a 5G switch being run by Qualcomm and, yes, Huawei gear.

Server Tech’s DC PDUs are built with capacity and safety in mind.  We have units with dual 100-300A DC power input feeds that are designed to distribute 100-300 amps of power through low and high current outputs, which can provide up to 14kW of power.  Each of the output circuits is designed with its own over-current protection.  It provides secure remote power management that allows the customer to gain control of cabinet equipment at remote locations, including colocation facilities and network ops centers.  How would you like to have the ability to reboot locked up equipment at remote locations around the clock?

Server Technology’s -48V DC power distribution units are built with control in mind.  They feature Fused Power Output Protection, which means that each low and high current output is individually protected by its own fuse. These, of course, are available in a variety of current capacities, and here’s how they work.  First, low current GMT fuses have a visual indicator that shows when they’re blown. Second, because the fuses are rated as disconnect switches, they can be hot-swappable without removing power to input-feeds. Finally, optional temperature and humidity probes with 10-ft cords allow sensors to be in different locations for complete environmental monitoring.

Server Tech’s DC power distribution is built with efficiency in mind.  During off-peak usage hours, Server Technology’s Switched DC Distribution Units can also be used to power off gear that is being underutilized. When combined with optional temperature and humidity probes, Server Tech’s DC power distribution units can also provide the environmental status of the unit and send alarms for temperature or power excursions. If you pair this with Server Technology’s Sentry Power Manager (SPM) power monitoring software, the network operator can easily see on a single screen what is going on with their power AC and DC infrastructure.  It can be done from a single location for a continent’s worth of cell towers.

Ready to learn more about Server Technology’s -48V DC products? Take one for a test spin with our online demo here today. See how modern and adaptable DC power can be with a PDU built for the 5G networks of the not-so-distant future.

Learn about the state of 5G rollouts, the interdependency of IoT, smart cities, edge computing, and 5G wireless, and the changes to the power landscape that will be driven by 5G deployments in our white paper "Updates on 5G Wireless".

Everything Needs Power: An Overview of the Leading Technologies