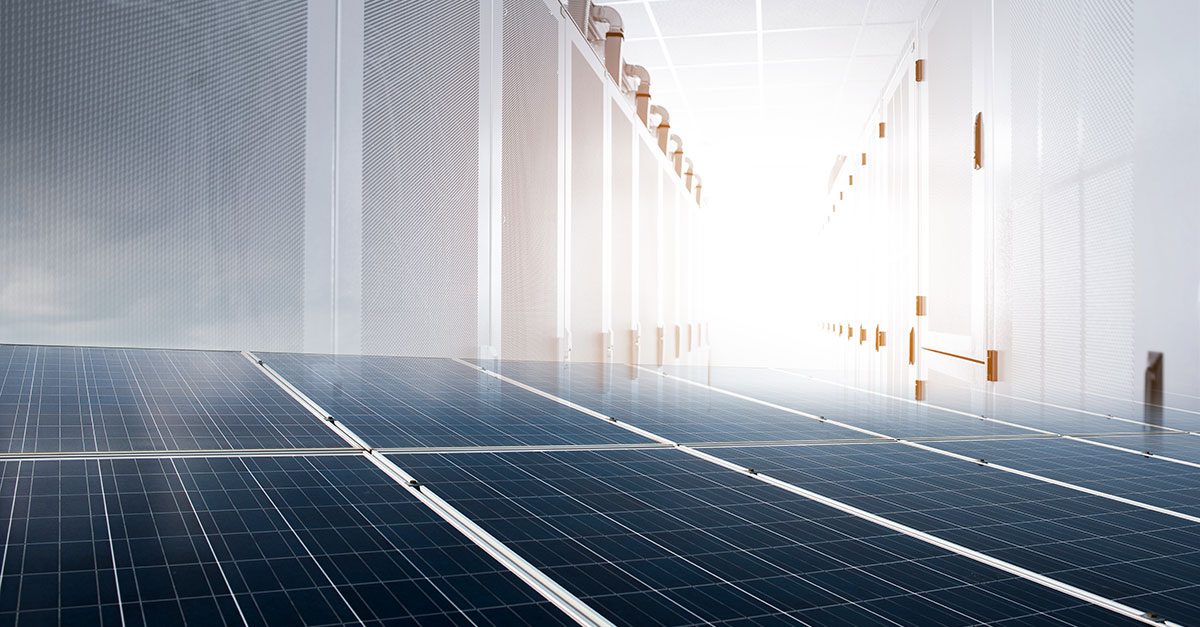 In the recently released white paper, “The Power of Hyperscale Computing 2019,” and in the new Server Tech white paper, “Renewable Energy in the Data Center Industry,” Server Technology’s Marc Cram gives a nod to a topic not seen often enough in data center news headlines. He’s talking about the role of corporate energy leadership in the world of Hyperscale computing.

The transition to higher rates of adoption of renewable energy production continues for both utilities and consumers.  It is led and paid for by the largest internet properties around the globe. By working with the utility companies to develop large renewable energy production facilities and committing to purchase the outputs, the cloud giants are leading the way to meeting the clean energy needs of their data centers, their businesses, and their communities.

Numerous papers available to the casual investigator document what was happening during the early 2000’s when the data center industry experienced growing power demands. Had the industry not addressed exponential energy consumption, fueled by Moore’s Law and accelerated by server virtualization, the growth in power demand for data centers would have likely exceeded 10% of the total power production capacity in the US. Instead, the IT industry took a leadership role in policing itself to make IT systems more energy efficient. For example, the power draw per server chip (CPU) was capped by Intel and AMD at certain levels. With each successive generation of CPU, they improved the instructions per cycle and reduced the watts per instruction while remaining within a given power envelope.

Looking ahead, many hyperscale data center operators are making the same type of commitment by powering their facilities with renewable energy.  Initially achieved through the purchase of renewable energy certificates and offsets, many hyperscale data centers today are powered by energy generated on site by fuel cells or solar arrays.  Apple and Facebook already have multiple locations running completely on solar power.  Microsoft operates biogas facilities in Cheyenne, Wyoming, purchases wind power from Pilot Hill Wind and generates solar energy at numerous facilities around the globe.  Amazon is building a 253 MW wind farm in Texas. In an unprecedented step, Google followed through on its commitment to run all of its data centers with renewable energy in 2017.

Notably, Microsoft has also been a pioneer in attempting to re-think the power train for their data centers. For example, their data center in Cheyenne, WY, is powered from a biogas source supplying fuel cells on site. More recently, Microsoft built an evaluation lab that brings natural gas to the top of the rack and uses fuel cells located there to convert the gas to DC power that is consumed directly by the devices in the rack. This saves on power transmission losses and conversion losses at the expense of deploying some potentially costly fuel cells.  Time will tell if this provides the dividend Microsoft is hoping this experiment will yield.

Even if it doesn’t, the kind of experimentation undertaken by Microsoft only serves to continue the leadership role established by the hyperscale operators.