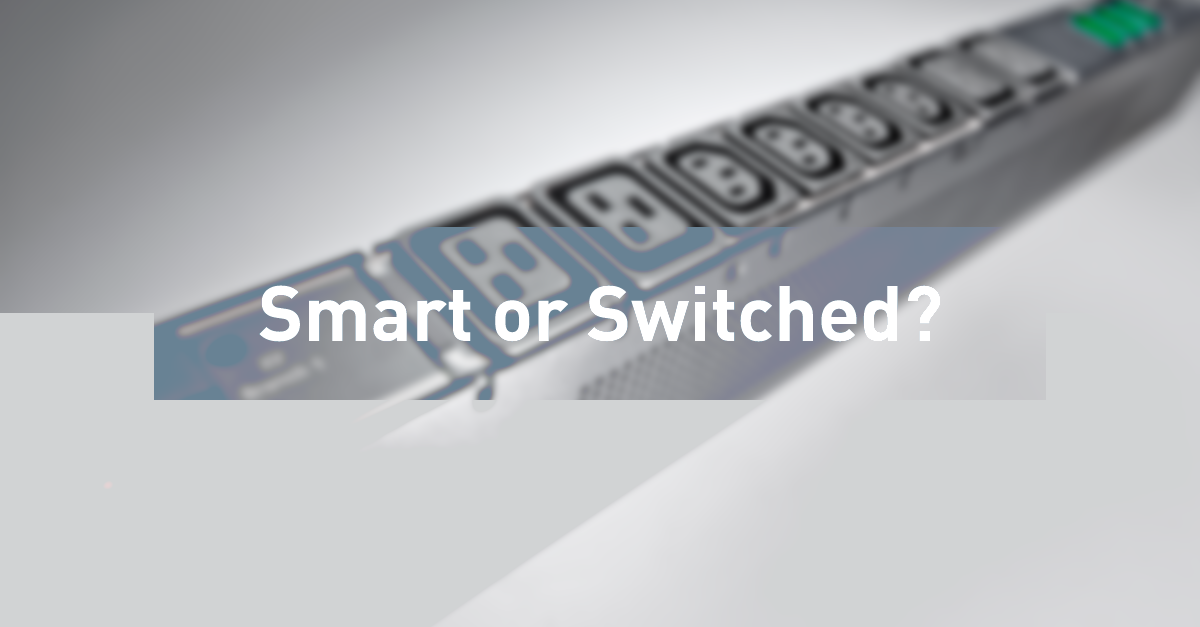 Recently, many customers have inquired about whether they should implement a Smart or Switched Rack PDU in their data centers. When looking at the two Servertech products side by side, they appear to be almost identical, since both products offer the following features:

There is one major difference, however, between Smart and Switched PDU(s): a Switched PDU adds the ability to turn power on and off on a per-outlet basis.  Because of this, a switched PDU offers more control at the outlet where it’s being used.  Conversely, a Smart PDU will provide the same level of critical power and environmental monitoring data but will not allow you to make changes to the outlet from a central location.  Smart PDUs are mainly about monitoring and reporting, Switched PDUs add a level of command and control.

Here are five reasons our customers look to a Switched PDU:

Rebooting and power-up sequencing: When a core network device fails, it doesn’t always need to be taken in for service or manually inspected. Sometimes, all it takes is a reboot to correct the underlying error. Reboots aren’t always easy, though, particularly for multisite data centers or colocation facilities.  With a switched PDU, reboots can be performed remotely from a Web interface, potentially eliminating the need to deploy service technicians.

After a power outage: Switched PDUs also come in handy following power outages. In this case, operators need to be careful to avoid surges when powering up equipment, as this can lead to additional network downtime. A switched PDU can enable staged power-up sequencing, allowing the network to ease back up to scale.

Locking out unavailable outlets:  Switched PDUs help ensure reliability in the data center by making outlets unavailable.  Sometimes the rack is out of available power, or the phases need to be balanced.  In other instances, the data center utilizes a change management procedure that ensures sufficient power before new IT gear is added to a rack.  The ability to change an outlet from a ‘power off’ to a ‘power on’ state is important for managing protocol and the critical load.

Scheduling power loads: Many data centers waste power by continuing to run equipment during off-hours when the network is not being fully utilized.  With a Switched PDU, you can remotely manage the power schedule on a per-outlet basis, usually because it is a more cost-effective way to keep equipment running and saves time instead of manually rebooting. A switched PDU allows operators to strategically schedule each outlet to avoid wasting power.

Reducing operating costs:  As we explain in this white paper, one government agency was able to reduce power usage in their data center by an average of 50 percent using a Switched PDU.